The store will not work correctly in the case when cookies are disabled.

Invitrogen PrimeFlow RNA Assay expands the capability of flow cytometry to measure RNA. Combine PrimeFlow with immunolabeling of both cell-surface and intracellular proteins using fluorophore-conjugated antibodies. Researchers now can reveal the dynamics of RNA transcription together with protein expression patterns in single-cell resolutions

PrimeFlow opens the door to many new avenues of research which were previously inaccessible in single cells: Understand gene regulation by comparing RNA and protein expression in the same cell; Study targets for which no antibody-based probe exists; Understand the role of non-coding RNAs.  PrimeFlow is fully compatible with most current labels and protocols for flow cytometry.

The term “Revolutionary” is often used lightly, but we believe you will agree that PrimeFlow truly fits this description as a ground-breaking new flow cytometry technology!

To learn more about PrimeFlow™ technology and how it can enable your research, download the PrimeFlow™ White Paper, the PrimeFlow™ Brochure or a Scientific Spotlight article explaining the origin of the technology from Dr. Filippos Porichis at The Ragon Institute of MGH, MIT and Harvard.

Want to be contacted by a PrimeFlow™ technology expert? Click here 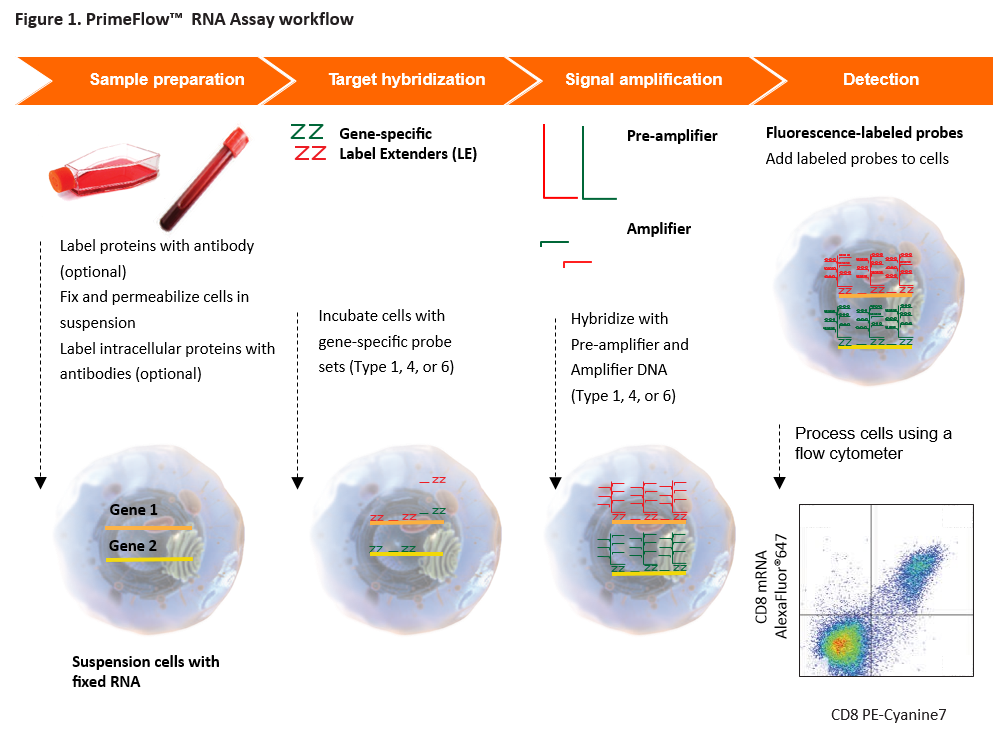